Graph of Day 12: Railroad and Metro Maps as Graph

We posted a topic about airline routes as graphs showing the changes in time before. Today, I would like to post similar graphs. Especially, metro maps as graphs are used widely and several research paper published before in leading conferences like Graph Drawing. To draw these graphs, sometimes we draw as it is. For instance, Istanbul metro map, it is not too complicated, 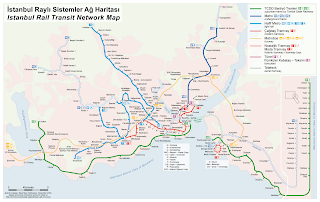 but, railroad map of the entire Europe and its graph is more complicated; 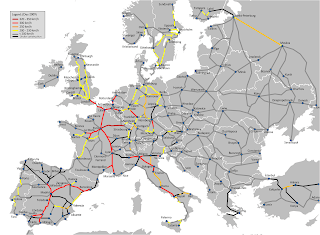 There are also metro maps with good visualizations. For instance, New York metro map as a snapshot: 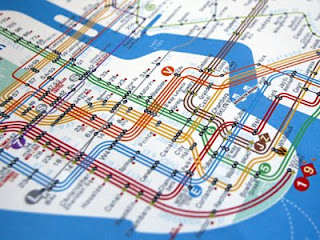 Producing these graphs and finding some semantics to give importance such as number of passengers, number of freight wagons, number of train routes and showing in the map would be meaningful to analyze the railways. Even, it would be useful to estimate on which route should be invested to utilize more.
Posted by Melih at 13:25